A Piece of Greece in America

Heather and I decided to take a day trip somewhere new.  After researching some towns in Florida, the pull of Greek food brought us to Tarpon Springs. 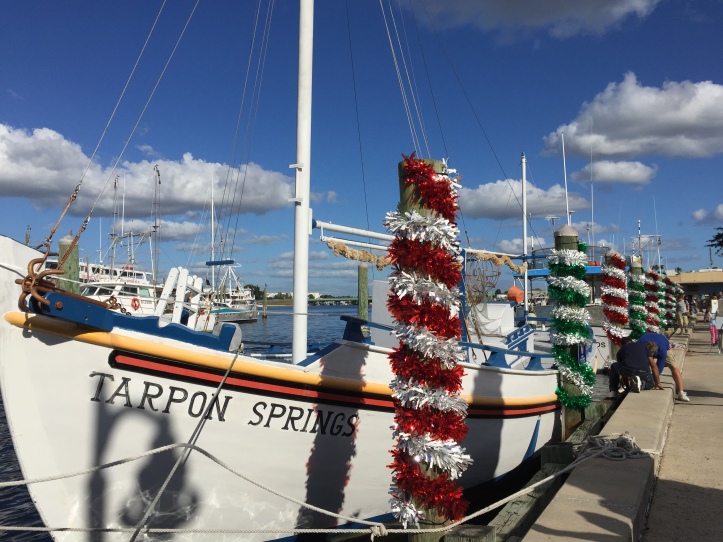 Tarpon Springs is known as “The Sponge Capital of the World”.  The natural sponges were harvested from the waters of the Gulf and sold on the Sponge Docks. Divers were brought over from Greece in 1905 to help harvest the sponges. Because of this, Tarpon Springs still has the highest percentage of Greek Americans in the US, so we figured the Greek food would be top notch.

We asked some friends and checked online for suggestions for the best restaurants to eat at. There were two choices that came up the most and we decided to go for Hellas. It was very busy and looked quite popular compared to most of the other restaurants.

My goal was to get some cheese pie. It was so yummy!! It came as an entree with vegetables cooked in tomatoes that went along really well with the cheese pie. It also came with Greek potatoes, rice, and bread. It was a ton of food; we needed to do some shopping to walk it off.

In addition to restaurants, the main strip offers shops, markets, boat tours, and even an aquarium. I think we hit almost every store – there were a ton of them. Soap, sponges, more sponges, shells, some tacky tourist souvenirs… All the stores have basically the same thing, but it is still entertaining.  You will seriously never see this many sponges again in one place. Try and leave without buying one. We thought we accomplished this until we realized one of the soaps we bought had a sponge in it. 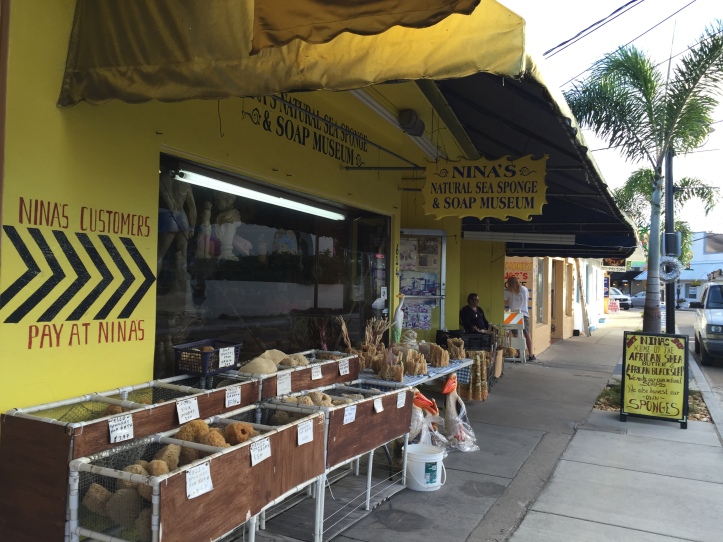 We did find one store (Nina’s) that stood out from the rest. The lady working behind the counter let us know that she made all the soaps. They are made of Goat’s Milk or Olive Oil and come in a variety of flavors. They have some unique smells like Viagra, Pumpkin Pie, and Monkey Farts (it smelled like bananas).   The store owner had a piggy bank on the counter that she was collecting money for her trip to Greece, so sweet. We chose to buy our soaps from her; make sure you bring cash as most of the shops have a limit to use a credit card. Definitely stop into Nina’s if you visit Tarpon Springs! 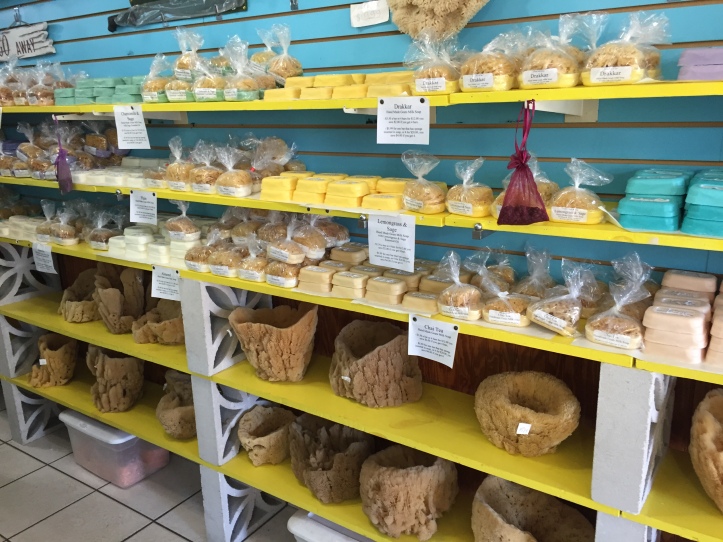 Tarpon Springs hosts a couple special events throughout the year, so keep an eye on that before you plan your trip. A full day isn’t needed for this town. We slept in a little compared to most day trips we take. You can either add another location or hit the beach if you want to make a full day out of it.

Make sure you stop back at Hellas and get some pastries. You’ll be craving it on the drive home! 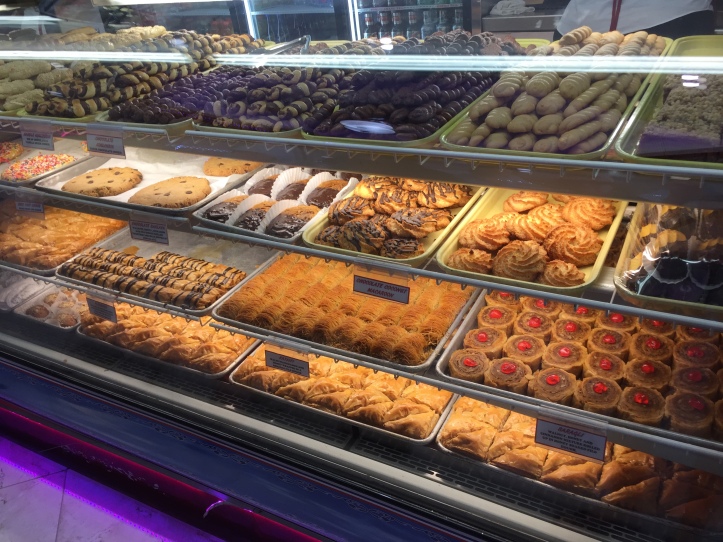